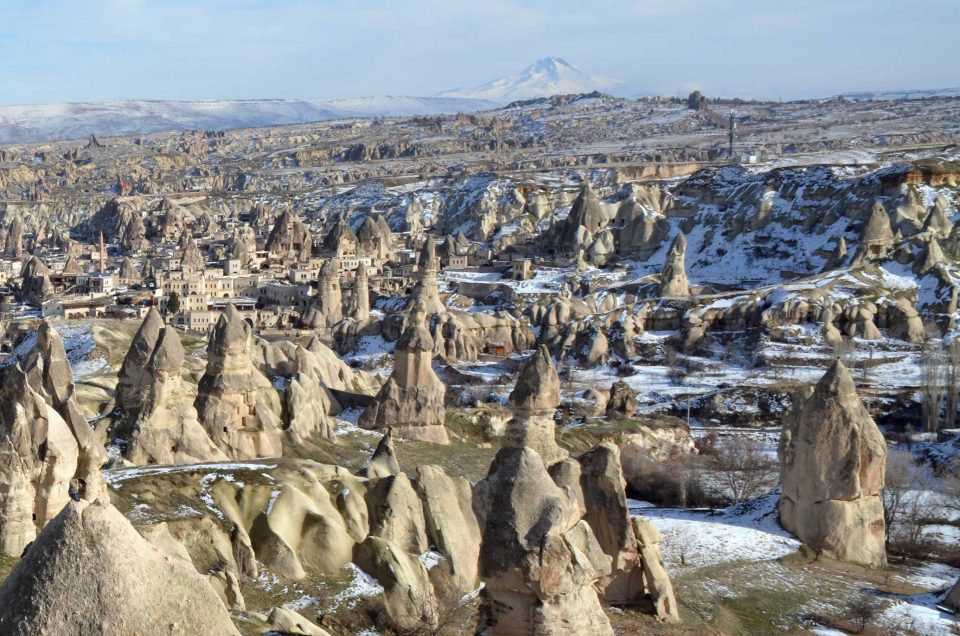 Unlike other valleys in Cappadocia, Devrent (Imagination) Valley was never inhabited by humans. There are no rock-hewn churches or ancient castles, nor are there any troglodyte caves or pigeon homes. Instead what draws visitors to Devrent Valley is the incredible pink hued rock formations and geological anomalies that have been formed by centuries of erosion.

Wind and water have worked away at the soft volcanic tuff to leave behind compelling pillar like shapes and other odd forms. Many have dubbed this region the Lunar Landscape or Moonscape for its unearthly appearance and it is necessary to see the area from above to fully appreciate why it has earnt this name.
Scattered about the valley you can find animal shaped rocks and Fairy Chimneys among other interesting formations, the easiest to spot are the dolphin, snake, seal, alligator and praying Mary. Feel free to use your imagination while exploring.